Mid-term elections are days away, so let’s see if history can provide insight into how the stock market could react. The table below shows that the S&P 500 has averaged a loss of 6.2% through the first three quarters of the last 15 mid-term election years. The fourth quarter averaged a gain of 6.2%1. As a result, the average of the mid-term year has been flat. 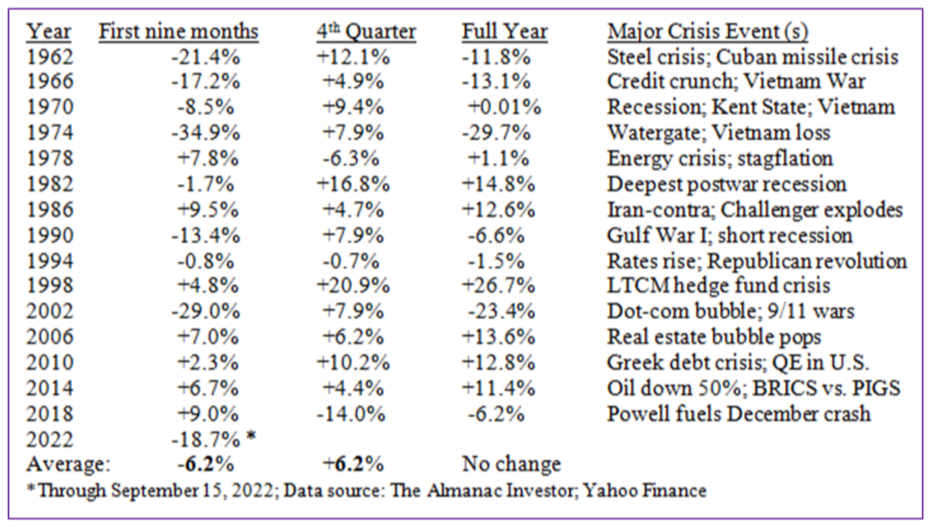 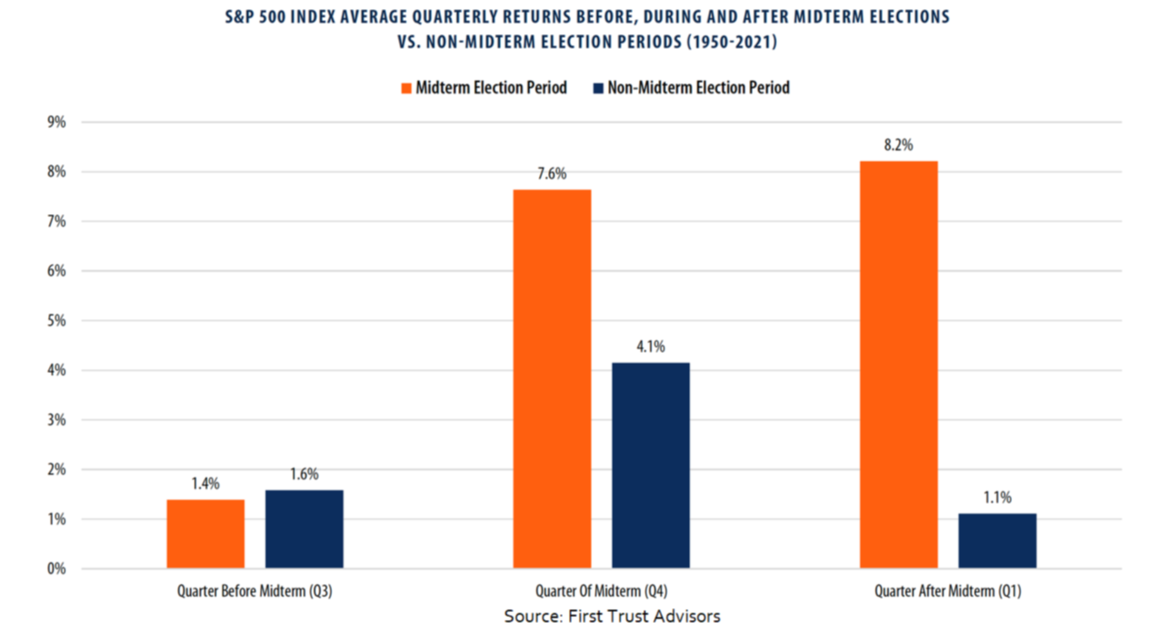 Since 1950, the average return of the first quarter in the year following a mid-term election is an impressive 8.2% versus a non-mid-term year at 1.1%2. The second quarter has also averaged positive.

Furthermore, take a closer look at the right column in the table. Every mid-term year going back six decades experienced one or more major crisis event. Hence, the Russia/Ukraine war, inflation, and rising interest rates may not seem as unique or exceptional compared to the Cuban missile crisis or the Vietnam war.

While it’s impossible to know for certain why this “three terrible quarters followed by three stellar quarters” trend has remained so consistent around mid-terms, here’s a theory. Perhaps crises fuel volatility, and mid-terms act as a psychological trigger igniting hope that things could change for the better.

Now, let’s see how stocks have performed after the makeup of Congress changes. This matters because, according to most polls, the Republicans are expected to win the House of Representatives. The Senate is less certain, but even if the Democrats were to retain their majority here, losing the House would end their “blue wave.”

Divided governments diminish presidential powers because passing policy becomes harder. Anything too radical from either side tends to get shot down, so less gets done. Fewer things happening in D.C. fuels less uncertainty about the future, which is almost always good for markets because the rules are predictable.

Think about it this way. Politicians are the referees, but they aren’t scoring goals or driving the tally higher. Consumers and businesses are the players, and when the rules of the game don’t change, they can find ways to win in even the most challenging arenas.

In fact, the chart below shows that the S&P 500 has done great during gridlock because the U.S. economy can grow with little interference from politicians. Even when existing policies are economically unfavorable, they aren’t changing, and investors know what to expect. 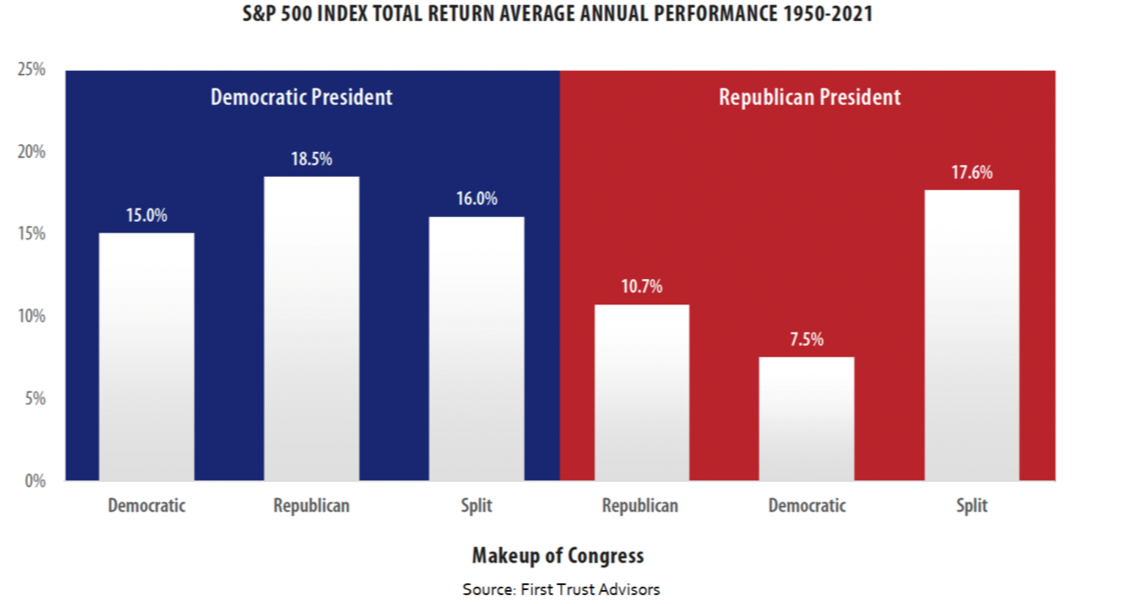 For example, the Democrats controlled Congress when Obama was elected, but two years later, the Republicans won the house, and four years after that, the Senate. No major legislation was passed during those six years, and the S&P 500 returned over 105%3.

A similar situation happened to President Trump. He got two years of a Republican Congress before losing the House to the Democrats in 2018. After that, no major legislation passed (except the bipartisan CARES Act in response to the government-mandated shutdown of the economy in 2020), yet the S&P 500 returned over 40%3.

The bottom line is that mid-term elections can be positive change agents for the stock market and even more so when they divide the government.